From Commercial Deals to Business Planning – My VMB Story 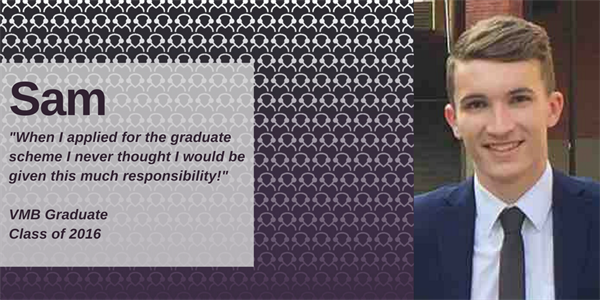 Rewind 12 months and I was returning from my summer travels, eagerly anticipating my first day as a Virgin Media Business graduate. Although I was nervous, I was 100% positive that VMB was the right company for me following the Assessment Centre which really demonstrated the fun and inclusive culture of the business.

After an initial induction to find out more about Virgin Media and get to know my fellow graduates, I started my first placement within Commercial Deals (shamefully, I didn’t have a clue what a commercial team did or what this role entailed!). My team were really supportive which allowed me to quickly get up to speed with the business as usual (BAU) work, whilst I challenged myself further by taking on a project to try and sell more of our premium product, High Capacity Services. If this wasn’t enough to keep me busy I was also lucky enough to be asked to plan the Commercial department annual conference for around 150 people. I was somehow convinced (and persuaded myself) to host the event with a few other graduates. During which, part of my role was to try and energise the audience for 10 minutes between presentations (as you can see on the picture) – not the easiest of tasks. When I applied for the graduate scheme I never thought I would be given this much responsibility and definitely would’ve never guessed I’d be up on stage organising a game of pass the parcel for 150 people, including numerous senior leaders from VMB!! A month later I finished my placement in Commercial Deals after building strong relationships across the function, improving the process for the HCS product and building commercial acumen by working on numerous deals worth over £5m. 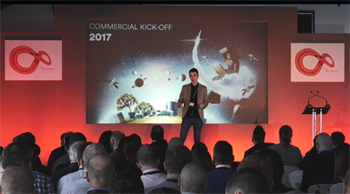 In my second placement I moved into Business Planning in the Strategy and Planning department. This was initially a huge culture shock, moving from an operational environment to a more strategic, non-operational role. During this role I have been able to learn so much about the end to end business processes and the strategy and vision of VMB. I’ve had to understand these in abundance as I played a large part in refreshing the VMB business plan. I have also been able to continue my presenting skills by presenting the business’ plan to numerous stakeholders across the business and also presenting at department offsite meetings, including taking a trip to Southampton FC. And of course during this placement there was loads of fun – duck herding, croquet and clay pigeon shooting, just to name a few of the activities! 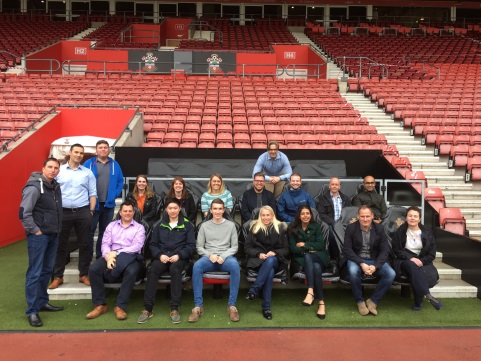 On top of this, back in March I was elected as Social Champion for the Graduate Committee and have organised numerous events for Grads and Interns including Ascot Races, Nights Out, Pub Quizzes and Rounders.

To top it all off I was also rewarded for my work and attitude by winning the ‘Red’s Role Model’ award at the annual grad and intern summer event in 2017. I was honoured to be recognised for the hard work I had put in over the past year in front over senior leaders and the rest of the graduate and intern community. But, best of all it’s great that I have been rewarded for being myself and having fun!

Great read Sam and lovely to see you go from strength to strength in your new role.